I've been telling my two closest friends about what I'm learning and experiencing from the mushroom medicine. Sarah says I need to be writing it all down, that I should write it all here and then maybe even compile it into a book later. Even things I worry she might think are too "woo-woo" she doesn't even bat an eyelash, same with Niki.
I couldn't write everything, some of it is too private. But I could write some of it. I could write a lot of it.
I was telling her about how Paul Stamets (famous mushroom scientist) says that mycelium (mushroom root system in the earth) is like nature's internet and it gets to know us and communicates with us. He says when you spend time studying and ingesting the mushrooms and in nature, touching the ground, they get to know you and things start lining up, coincidences, etc. They help you. And it feels like that's what's happening here now. I feel like this is that thing she and I felt coming for a long time. Where heaven and earth meet, in a way. How our sacred spiritual truth comes to join our regular life. And it's only from taking tiny amounts and it's from the earth. It's meant to be medicine.
That's when she said, "people need to know about this." And granted, plenty do.
I do feel that it helps me to focus and make the most of the medicine when I kind of go within and communicate with it, like I can retrieve information and bring it back and share it. I can describe what I see and write it down. I could post it here. It wouldn't be many people but it would be a few, and that's more than zero.
It's just wrapping my mind around this feeling. What percentage of life is chaos, and how many of our steps are perfectly guided? Why does one person choose destruction and another creation? Is it fair? Is it just? How big is the bigger picture? Or how small? Am I overreacting?
It makes me think about all those summer evenings in my bare feet... Mosquitoes biting my ankles... The morning those ghost pipes appeared in the backyard overnight. Making wishes in fairy rings. Picking up crumbs of foxfire from the dirt, all aglow. Catching lighting bugs. Honeysuckle. That feeling you get weaving your way by yourself among tall, tall trees, touching each one, singing. The idea that they could have been learning me as I was learning them... Nighttime at the lilac bushes and the bees were too drunk to even notice my face tasting the petals alongside them. 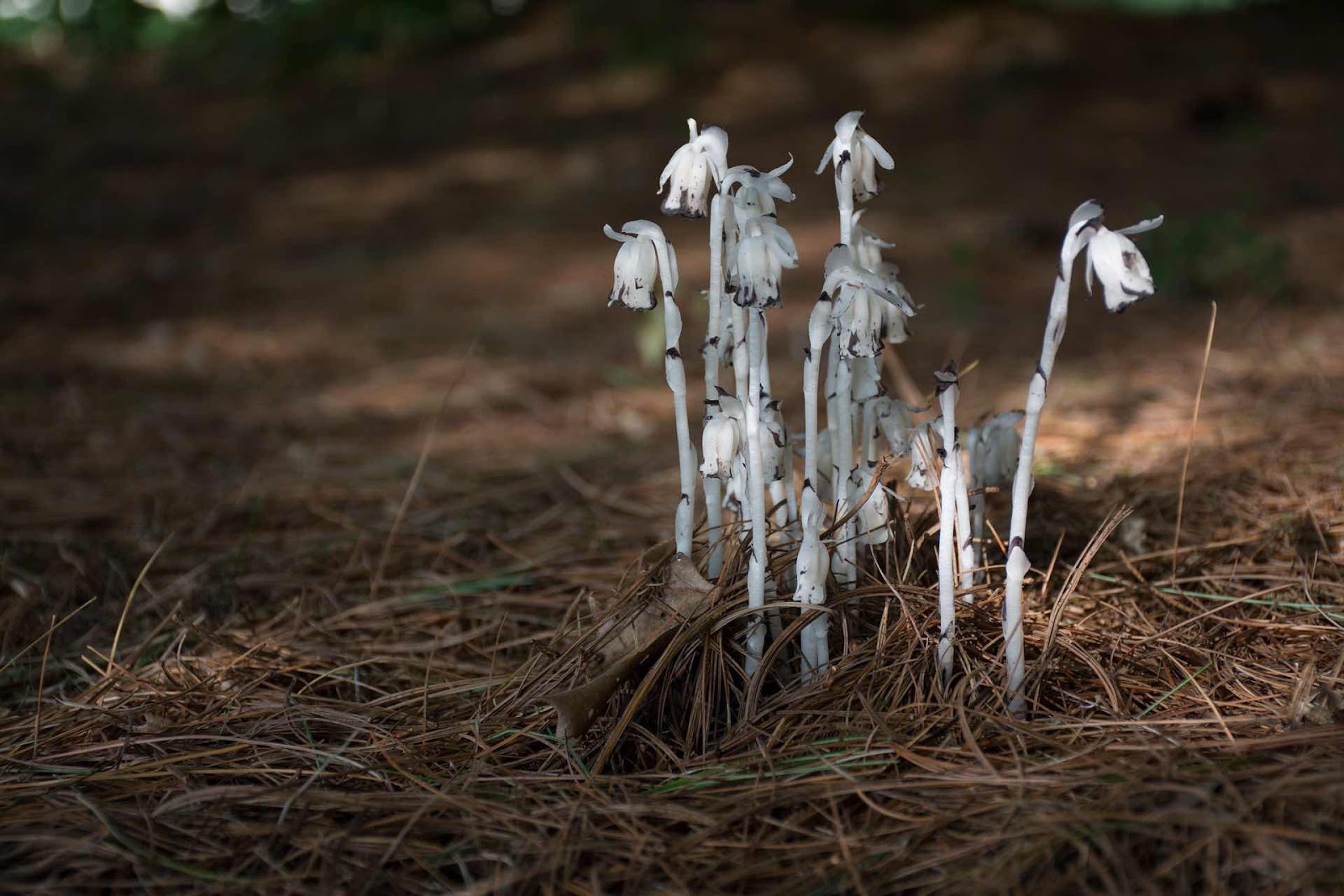 It can't be chaos. I refuse to believe it is. It's not. It's not always  perfect and it's not always just, but it's not chaos. Like a fool, I wasted time on poetry, so I don't have an answer to satisfy a regimented mind. But I can feel it. I just know.
I suddenly thought about the eclipse in Portland, just now. The decision had been made that we would break up, so there wasn't much  point in watching it together. Álfrún and Pixie and I sat on the front step, a stranger walked by just minutes before totality and I said hey, you can share our glasses, you can't miss this. It wouldn't have been right to let a fellow human miss it. I remember the stars came out and Álfrún saw them even though she was so small. The men at the garage across the street didn't, but she did, she pointed right at them. It got cold, and for a moment we all paused and held our breath and looked up at the Sun. Inside our hearts, the ancient question: Would the light return? A heartbeat's breadth of primordial fear of abandonment, then the air got one degree warmer, the sky grew brighter much faster, a rush of exhilaration.
I couldn't stay still, I kind of rushed around the neighborhood pushing the stroller. All the cracks of light between the shadows of the leaves on the sidewalk were shaped like crescents. I called my dad and told him about it, we talked about it for a while, he was excited for us having seen it.
I think of that eclipse more often than I expected to. It made an impact on me.
What if every single step we take is guided?
I wonder if the stars are learning us, too...