I had an amazing tarot reading/mutual channeling/cosmic conversation session with my friend Heather last night, and so much energy got moved and transmuted that my dream was last night ended up being a really cool message.
I don't remember the set up, but I was in a field or park of some kind, at night. It was very dark and difficult to see. There were some other people around, but I couldn't see who they were. I was going to leave and I could vaguely see a parking area and the headlights of a few cars driving off. So I headed over the grass towards that area when suddenly, someone grabbed me in a bear hug from behind. It was a woman who in the dream I recognized as someone from my "hometown" of sorts in Maryland, from my middle school and high school (grades 6-12). But while looked kind of familiar, upon waking I realized that she wasn't actually a person from the waking world whom I knew. She just had that feeling of familiarity and being from that crew.
Anyway. She was friendly and smiling and laughing. She said something like, "Inga! Come over here!" And half dragged me, although I went willingly, across the field in the dark, keeping her arms wrapped around me the whole time. We were laughing. Then other people from my school, faces that looked familiar but who weren't exactly people I had been close to, but all had that familiar bond that comes from having gone through pre-adolescence together, appeared out of the darkness. They, too, were good-natured and saying various versions of, "Inga! Come with us! Come over here! This is the way!" We were all giggling. I had such a nice feeling from the surprise of being known and loved and that they wanted me around.
I was standing there in a small group of people chatting, when suddenly the guy I had The Biggest Crush on in 7th grade kind of shyly appeared on the edges. I saw him out of the corner of my eye but didn't look at first. Then I saw he was trying to catch my eye and something clicked and I looked him in the eye. He looked back and tilted his head and smiled shyly and said, "Hi," and I said hi back. I was like whoa he still remember me? Okay! And then we were suddenly one on one and we were talking just the two of us.
He's long gone, just a symbol for that ultimate schoolgirl crush that makes you nervous. And the woman who grabbed me was a guide, and the others were also guides and soul tribe people, I reckon. Just when I was ready to leave they grabbed me and basically walked/dragged me over to where I needed to be at the right time, and their support gave me courage.
I love dreams. 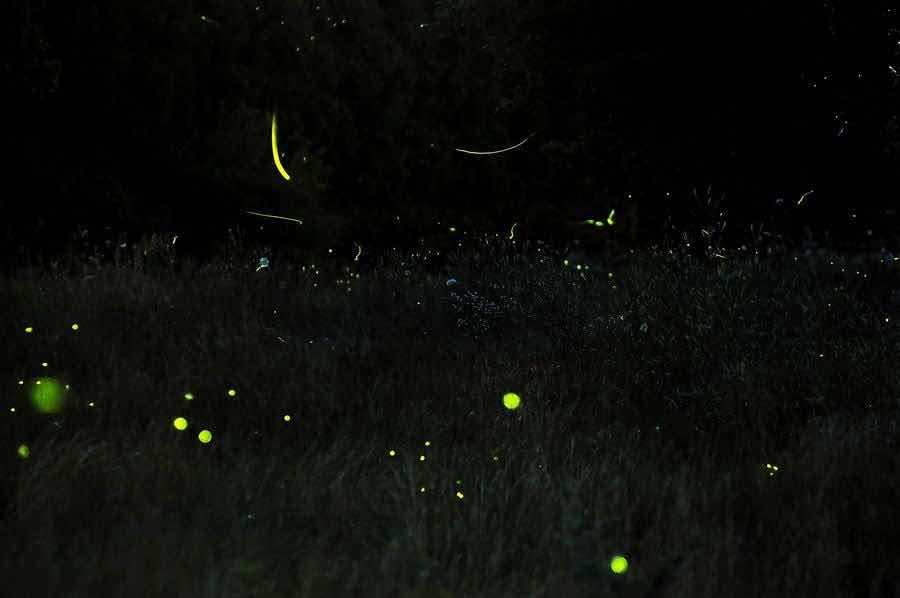 I couldn't find a photo to match so here's one of fireflies.