"The mucus is here"

I woke up this morning not in the mood for anyone's crap. I like it. Not in the mood for a sob story or manipulation. Say what you have to say and say it with your chest or get out of my way until you're ready to not be annoying.
It feels good.
Also something really wonderful that's going on is that the tendrils of clingy energy from me ex are gone. It's amazing. It's like we were never married. I feel zero like, debt to him at all. When I think back to when we met or the early days of us being together, I struggle to do so. I vaguely remember a guy who ditched me to go drinking with his friends a lot and who ignored me a lot, neglected me and took me for granted and blamed me for his lack of success while we were together, but wouldn't let me break up with him either. I know my daughter is very fond of him, and I get vaguely annoyed and roll my eyes when other people who how know him sing his praises. I know I regret marrying him and having a kid with him, but he's nice to the kid and he's committed to being there for her, so it could be worse. The whole experience was a gigantic waste of time. I owe him nothing. I will do whatever the hell I want.
I like it. This is the way it should be. For whatever reason, that "relationship" was a vehicle to whatever comes next. It almost killed me, it stole my sanity and my well-being for years, but for whatever reason that was the best I could do at that time. And leaving it gave me the gift of self-worth, which I suppose it worst almost any price. 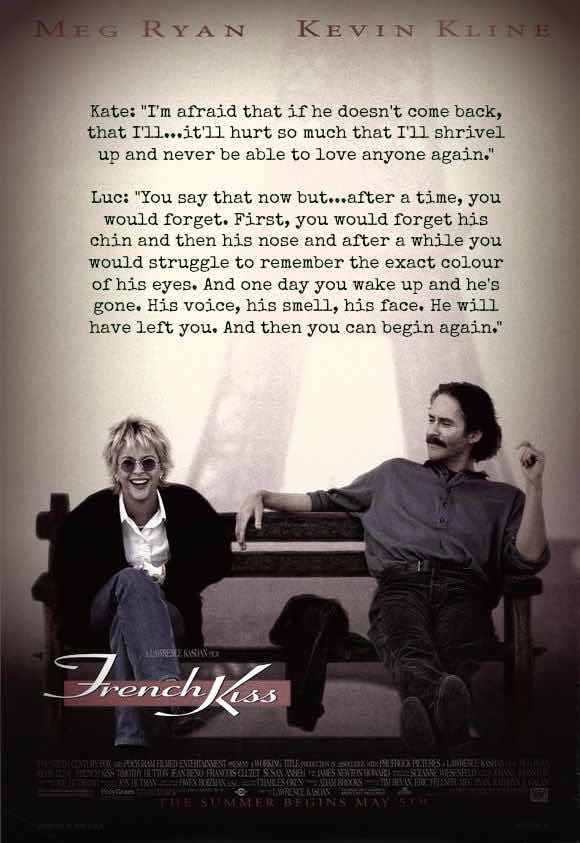 I was not afraid he would leave but I love this movie and will use any excuse to quote it.