This week all my dreams seem like messages so I'm leaving this here as a reminder.
In one, I had a stepmother who looked like Tina Fey and had a baby daughter. She already had two or three older daughters. No idea what that's about, but I have an acquaintance in Texas who's pregnant and a closer friend has a feeling she might have another child unexpectedly. *shrug* So I don't know.
The main part of my dream was that I was trying to buy a house or an apartment, I had decided to move. I was looking at a place with a realtor who was an older woman. I think it was an apartment that I was looking at. Most of the rooms looked fine but just needed a coat of paint. I was feeling optimistic and wanted to make an offer. I felt a lot of urgency about moving. Then we went into the kitchen. It was completely decayed. The walls were disgusting, the appliances were old and filthy and needed replacing. The counrertops looked like they had been burned. The whole thing needed to be ripped out and done again, and the price was too high to make it a good purchase. So I had to walk away from buying it. 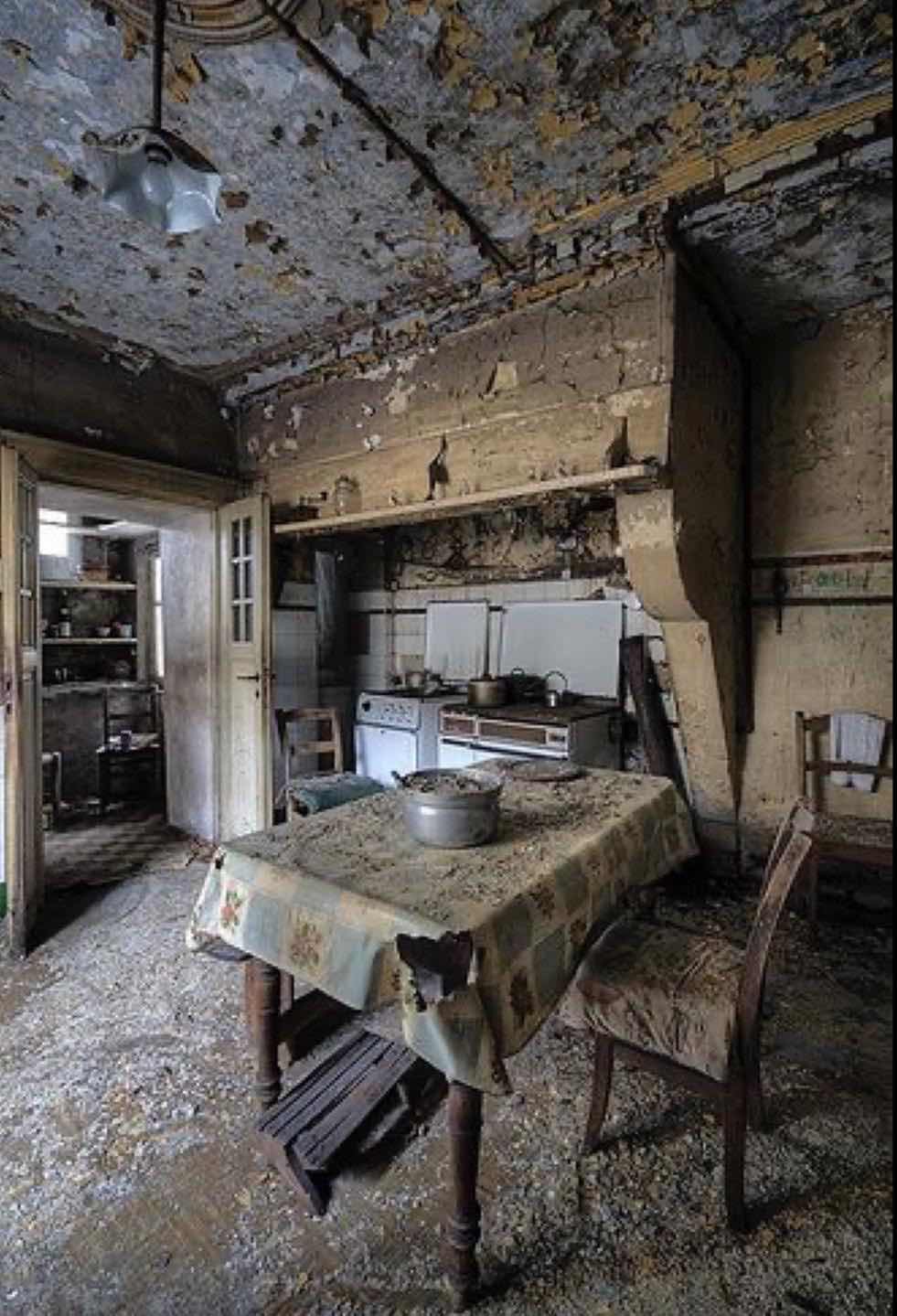 I ended up in a bar with a friend of mine from America who I think was trying to convince me to come live in the town where she was. She was going on about this brewery she loved and her favorite cider they made. I was hanging out in there and talking to people and it seemed fun. Then the people in there gradually left, one by one, and I was alone at the bar. I saw the cider my friend had mentioned and I asked the bartender about it. The bartender was a woman about my age, just a few years older. She was pretty cool and friendly, like good bartenders oughta be. She said yeah, that's the one she likes, you wanna take a sip of mine and see if you like it? I said sure if she didn't mind. I tried a sip, it was flat and didn't have much flavor. I looked at the bartender, who now was getting more and more haggard by the second. She looked tired and unwell. I asked her if she was sure she was healthy because I had just had a sip of her drink. She was offended and took the glass back. Then I turned around and saw  my friend who had been trying to sell me on moving to where she was living. I walked over to her. She was completely drunk and almost passed out in front of a keg of that cider with a huge glass, nodding with eyes closed and mumbling to herself. So I left.
The message seems to be, stop talking about moving back to America for now. It's not what's meant for you at this time. Stay put.
Sigh.
Fine.