On Wednesday, I had an intensely powerful distance reiki healing with my friend, who let me have a discount but still gave 110%. On Thursday, I got two calico kittens to foster. On Friday, I went to circle online and had a very good journey. Lately all of these things keep happening where I find myself retracing my steps going, "If this hadn't happened then that wouldn't have happened then that other thing wouldn't have happened and I wouldn't have learned this," and so on. I call that feeling very "guided."

In my journey, I went to the goddess Brigid's house with my wolf guide. We keep calling her in to circle every week because we all feel her around a lot in this time. I don't worship her or anything, she calls herself my friend and I call her a friend, too. I had a lot on my mind, especially the future, and I was emotional about it. Not emotional like crying or anything, just feeling a lot of emotions. She looked at me, kind of leaned her chin on her hand, and said, "Oh, honey, you are so emotional about this." I said, "Yeah, I guess I am." And she said, "What're you gonna do?" And I said, "I don't know, honestly." One of her gifts is being a blacksmith, and she said, "Want me to make you something in my forge to help you get the things you want?"

Ordinarily, I would say yes. I've said yes to that in the past. But this time, I paused, and I felt stressed out inside. So I just said, "No, that's okay. God will bring it to me if He wills it. I'll just wait." I instantly felt a whoosh of peace and safety. She leaned back and smiled at me. I looked at her and she had a gleam in her eye, and I felt like I had just passed a test. The scene changed suddenly, and I saw a quick glimpse of a past life as a slave in the American South. Then the scene changed again, to a still from the Waco miniseries, which was probably just because I had been watching that the night before. (I really liked it.)

Then the scene changed again, and I was in Egypt, at Giza. Not right next to the pyramids, but in the desert just beyond them, and it was night. There were no city lights around, just "a million, billion, trillion stars," if I may indulge in a quick E. E. Cummings quote. Someone was there with me, standing right in front of me. The only one who would be there with me, you know who you are. We stood there for a moment, looking at one another, kind of holding onto one another, but gently. I don't want to share what was said, but I asked a question and they answered it. Then this gold hoop sort of lowered down out of the sky around the two of us. There was a lot of... information? I guess you could call it?... flashing through. Like, layers through time showing themselves. Not words spoken, but images. How powerful that location is. Like, why are pyramids a recurring theme with this person and me? But then like, why wouldn't they be? I really think people might be right when they say Giza is the most powerful spot in the world. There are so many intersections that seem to meet there. I've been to those pyramids. I have a picture of myself perching next to the Sphinx with the Great Pyramid in the background.  You can't see the Sphinx in the picture, but it was there, to my left. I was four months away from turning 18. I got to go inside the Great Pyramid (I got a little claustrophobic, honestly). I touched the oldest pyramid. It was May of 2001. I had just bought my moonstone necklace a few months prior, at the witchy shop in Tulsa, and I'm wearing it in the picture.

Then Donna said it was time to wrap up our journeys, she was about to stop drumming. So I said I had to go, but the other person asked if I couldn't wait a little while longer. Because they had this little tent there, and wouldn't I come inside? So I did. They said I could live there with them, if I wanted to. So I said okay. And then we laid down just inside the open tent flap and gazed up at the stars in the desert sky.

And then the journey really ended, and instead of formally closing it down and saying goodbye, I just opened my eyes and came back to the room. And it felt like I was still "downloading" a lot for the rest of the night. I finished making my sourdough bread. I ate some food, I was starving after the journey. I finished watching Waco. Still thinking about the journey.

There's something about these kittens showing up. The ancient Egyptians revered cats, we all know that. Somewhere, I have a little lapis lazuli statue of a cat that I got in Luxor. But it's not just the Egyptian thing. It's something to do with their color, that they're calico, and that there's two of them, and that they came to me the way they did, a day before I expected them. We were supposed to go down and meet some kittens on Friday and see which ones would be a good fit. But then on Thursday morning the guy called me back, asked how many I wanted, and could I come down that afternoon to pick them up. I drove down to the shelter and he just brought them outside and handed them to me (with all of their stuff and some instructions, of course). But there was no, let's see which ones you want to take, just, here they are, these three-color babies.  They're lucky. And they're twins. They're not identical or anything, but I just feel like they're twins.

I saw them for a moment in the journey, a quick glimpse, I think to confirm that they're significant. Part of what I feel is that they're here to help keep me in the present moment, which was something that my friend told me in the reiki session. She was like, "Don't rush ahead yet, you still have work to do here in America before you go." I get it. I do have to be grounded here, but also I shouldn't put too much energy in the future and accidentally manifest something bad or mess with whatever is going on over there. (Kind of like in A Sound of Thunder, by Ray Bradbury. Not the movie, the short story. The movie was crap, the short story was amazing. Did you know that Ray Bradbury really loved Redwood City, California, which is where I lived when I served in AmeriCorps? They did a video conference with him at the public library once, but I missed it. Boo.) And there's nothing like having to bottle-feed kittens every four hours to keep you coming back to the present moment. Also playing with them and taking pictures of them and getting them untangled from your hair and unhooking their little claws from your t-shirt and stuff.

This morning the blue jay landed right in the tree while I was out on the balcony. I hadn't seen him in weeks. He had something in his claws and was eating it. I think it might have been a mouse. Then he left. Then the hummingbird came and sipped some sugar water, making little squeaks. Everybody eating breakfast.

All the while, I've still been thinking about that journey. Not analyzing it or anything, just kind of marinating in it. Maybe it's not true. Maybe the answer I got to my question isn't true. Or maybe it is, but it doesn't matter, because the physical world doesn't always reflect...

I have this feeling that all will be revealed. The pyramids, the dark blue night sky with the stars, the calico kittens, Biblical times, that UFO that I saw last year? Aggi told me yesterday that he thinks I made that happen. That I like, "made contact." (He was watching a show about that kind of stuff when I finished circle and came out of my bedroom.) I don't think I can do that. Anyway, I tried it again a few weeks ago and the only thing that happened was that I saw a tiny satellite fly across the sky, haha. I just wanted to see if anything would happen!

I feel like, all of this between me and the person in my journey started with a moment that I had no control over. I didn't see it coming, it just happened. When I went back to retrace my steps, I picked up a thread like, oh wait a minute... If this hadn't happened then that wouldn't have happened then that other thing wouldn't have happened and I wouldn't have learned this... And so on. Then that means that I can't control the outcome either. Everybody's got free will. The answer to my question in the journey might not match up to what it is in the physical world. It would be nice if it did, but I'll be all right if it doesn't.

Because if it doesn't, then it means it's not the will of The One Who Is.

Because if it doesn't, then it means the other person isn't who I thought they were, and there's nothing either of us can do about that.

I just need to be here now. I can't get back on the emotional roller-coaster. I have to stay grounded. I mean, my version of grounded, which is probably considered bat-shit crazy to regular folks. I want to keep feeling peaceful and safe. My faith is being strengthened, and my footsteps are being guided. I feel you, anyway, whenever you come around. And I know you feel me, too. 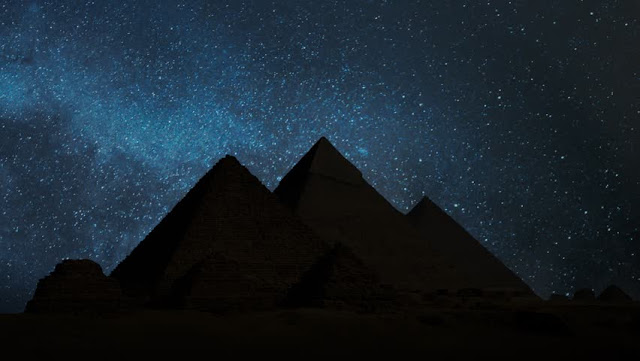