Some of you may remember my friend Heather from our videos we did over the summer. She always has such a unique perspective on things, a beautiful way of expressing herself, and the ability to hold up some wild cosmic mirror...

She takes your little words and expands them and blows a puff of stardust/glitter onto them and tells you that you are all of everything and can never be anything less than whole and one with all-that-is while simultaneously mostly empty space and other such deliciousness. And she believes it, too.

And the timing is always perfect. I'm really so relieved that she and I were brought into each other's lives. Because it's like, when I'm on the brink of maybe, possibly learning a lesson, but I'm not quite there yet? Suddenly, a sentence that Heather said to me months ago will pop into my head, and I'll keep thinking of her now and again, seemingly out of nowhere, until I finally text her. And then there's this long pause after I send the text, and right when I'm about to go do something else, the phone buzzes and there's this gorgeous response that makes me kind of breathlessly laugh and sit back in my chair like, "Whoa. Yeah."

Something that she and I have talked about is forgiveness. When someone hurts you, friends often show you they love you by urging you to not forgive that person. It's their way of protecting you. I can safely put my hand on my own ass and solemnly swear that I am one of those friends. I have always been a bridge burner.

I think that one of the major gifts I got from my first marriage (I mean I've only had one so far, but still) was learning how to compromise. Not, like, a lot, or anything. (I can hear my dead friend laughing his ass off and being like, "If by 'not a lot' you mean not even a little tiny bit at all, actually." Whatever, go be dead somewhere else you stupid jerk!  God, I hate Scorpios! "You love Scorpios." Nuh-uh. "Pssh. This one. Talk about, 'Oh mah gawd I hate Scorpios, yew guys are so stewpid when are you coming overrr-uh?! Ew yer just a gross Scorpio, I can't stand you, I'm bored come pick me uuuup-uh!" It was his birthday the other day, so I'll let it slide. We had that exact conversation thousands of times.) Okay, fine, I can barely compromise basically not at all.

But anyway, I have to say, my ex-husband deserves a medal (or something he'd actually want, like a vintage tube amp) for putting up with me as patiently as he did sometimes. For many reasons that I'm not going to bore myself with now, there were times that I pushed him away so hard, like, I practically knocked over the walls. It was like my whatever-Freudian-part-of-the-mind was testing him to see if he was really a safe person or not. (Also because I am a brat. I think I was an aristocrat or possibly even royalty in one of my past lives. I'm like, "I can't reach my crystal goblet of fluffy dessert, hand it to me, come ooonnnnn, pleeeeeeeaaaase!" Only there is no crystal goblet of fluffy dessert. It's a Jello pudding snack pack on an ikea coffee table, and yes I can reach it, but I don't feel like moving my torso three inches cuz I'm in like, the perfect spot and I just got my blankie all settled. I miss my castle. *wistful sigh*)

So I typically write people off who hurt those I love, or who hurt me. My first instinct is basically this, but with more crying in the bathroom where no one but my only remaining friend, the toilet, can hear me:

To forgive really means more like, to let someone know they don't owe you a debt. Not to say that what they did was all right. But we kind of think of it as condoning what they did, because... society? I guess? And so between society and people who love you, who are hurting because you are hurting and only want to protect you... You are told that basically you only have two options: love the one who hurt you OR love yourself. Like if you forgive them, then it means you don't love yourself and you should be ashamed. The expectations around how you "should" handle something become an obstacle in your own process, your ability to figure it out yourself. But remember what Uncle Timothy always said, boys and girls and other: 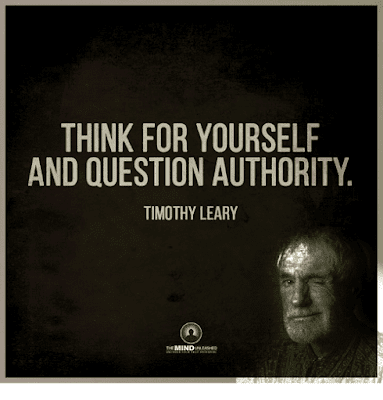 Heather texted me something recently. I asked her if I could quote her and she said yes. Thank God, because I love the way she says things like this (emphasis mine):

"I work to remind myself when things are hard that all experiences are a gift for me. Each present is asking me to remove a block to the awareness of love's eternal presence. My mom used to always say 'learn the lesson and the experience will shift.' So it comforts me to believe the best is happening for my highest good and to find the gift or 'lesson.'"

To take things to a little more serious place for a moment...

Who am I to not forgive? I've been forgiven by someone who did nothing wrong, for something that some might say is unforgivable. And I'm not evil. I'm not a monster. I'm not deranged. I didn't mean to do the thing. But I did, and I even told them it was okay to hate me if they wanted to. But they said they don't hate me, they kind of love me. I've done bad things intentionally before, and I've been forgiven several times.

Forgiveness was arguably the main message of Jesus "El Savioorrrrrr" Christ. Love one another, forgive one another, no matter what. And people were like, "Wait, what?! Do you even hear yourself right now? Are you insane?" Other people called him "the Son of God." I heard somewhere that in Hebrew, in context, that actually means, "the Human One." The human incarnation of God. Because he walked around and lived a life and suffered, like we do. Only possibly with more miracles. I wouldn't say "I forgive" if I weren't really feeling it, just because you're "supposed to." That would be hypocritical.

The thing is that, I actually want to forgive. This bothers part of me a little. Because when you say that, it can be taken as letting someone "get away with" something. But that's not it. It doesn't mean that there's no pain, or that trust hasn't been diminished. It means that, somehow, love for the one who hurt me still lives in my heart, and to hold a grudge is more difficult than to forgive. It's not necessarily easy. But I don't want holes or walls in my heart. That's not what it's there for.

It makes me wonder, is this what He was talking about? The Human One? Is He working on me somehow, behind the scenes? Maybe it's not only about what forgiveness does for the other person, but what it does for me. What am I here for, anyway? To eat some cotton candy, ride a few rides, and go home? Who am I here to be? How do I want to be remembered? How would I feel if the shoe was on the other foot?

"I can think of few acts more loving than to forgive someone/thing that is seemingly unforgivable." - Heather

Why did it happen this way? Maybe just a few months ago I wouldn't have been able to forgive it. Maybe everything leading up to now... all of it... has been a process of refinement. Like, can you get to a place where you can receive the gift we have in mind for you in such a way that you can keep it, and not ruin it or let it destroy you?

Or is it something else? Is it more nihilistic, like, go ahead and forgive because they're just going to hurt you again until you stop wasting your time and go find someone who actually gives a shit?

I was going to get a tarot reading from Heather. But I cancelled it, with love, because...

The thing is this.

I'm not a nihilist. I think that I'm supposed to have faith. Not because those are someone's rules, but because I do have faith. I should say that I might as well admit that I have faith. I came that way. I buried it under a lot of rubble over the course of my life because of pain, but it's still there.

And I think I'm supposed to stay in the moment, and not sneak a peek, and wait and see how things unfold.

I'm scared because pain hurts, especially the shocking kind that makes you feel betrayed and stupid.

I don't want to burn the bridge. That bridge was a gift.

And anyway, I can't reach my matches. 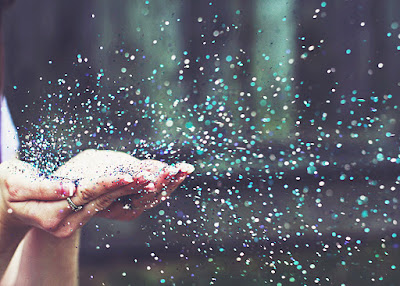