Spiraling Out with Heather Mackay

Heather Mackay of Rare Bird Medicine is back! She's holding the second class in her three-part series at the end of the month, this time the topic is numerology.

We actually discussed numerology A LOT during the making of these videos, but ultimately, we liked all of the other stuff we talked about too, so I decided that you should just watch these and then come to her class to learn the numerology stuff directly from her. Also, in the descriptions of the youtube videos themselves are links to more information.

I know that web videos are only supposed to be up to ten minutes long or people won't watch them, but I don't care. We had a great conversation that positively impacted us both and I decided that I didn't want to throw 99% of it away because "marketing." I'm not making any money off of these anyway, they exist because we willed them into existence and whether or not anyone clicks on them is so far down the list I can't even see it from here.

I stayed up until four in the morning last night and it looks like I'm going to be up into the wee hours tonight as well finishing these up. My mind is nice and weird right now, so I'm feeling extra unapologetic for any and all of my life choices up to this point.

If you watch these beautiful babies, it's because you were meant to. If you enjoy them, it's because you're cool and obviously the sexiest person in your friend group. If you don't... um... I bless you on your journey, as Heather would say. 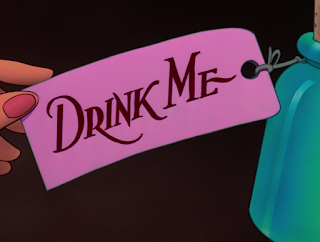 Down the Rabbit Hole Part 1

Down the Rabbit Hole Part 2