I Was Young and Foolish, Part I of II


Half Moon Bay is a little town south of San Francisco, right off of the Pacific Coast Highway. It's the picturesque site of an annual big wave surfing competition. When I lived in Redwood City, we used to go to San Gregorio beach sometimes and then occasionally drive up to HMB because there was a cute bar up there overlooking the ocean and the owner was really nice. 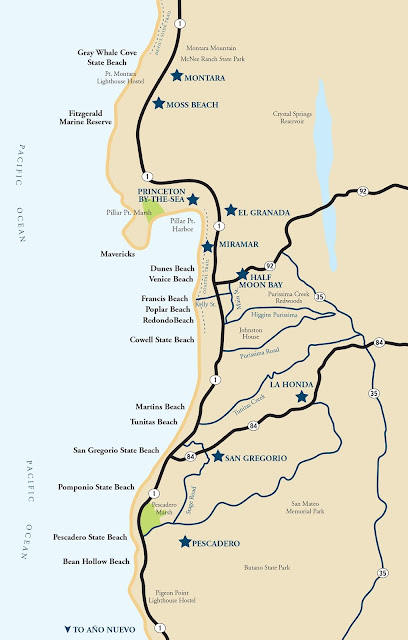 I found myself there one day with my friend Loika (I'm using her nickname because I didn't ask her permission to talk about her here). She was an aspiring teacher who worked as a sub in the school district where I volunteered, and she was also an incredible artist. She draws these architectural renderings that, when you see them, you think, "The person who did this is insane." Like, she once sat down in a courtyard at Stanford University and drew the courtyard, to scale, including every brick, leaf, and cobblestone, in painstaking detail. It took her weeks. Then she painted it in gentle watercolors, and GAVE it to the school as a gift. Just because she felt like it. She did the same thing with multiple other public locations, donating them all when she was done.

She was older than me, almost forty when I was about 25, but it didn't matter. I was fresh out of school and didn't know anything (exactly the same ten years later) and once all my AmeriCorps friends left and I stayed behind and got a job in the city, she and I hung out regularly.

Anyway, so one day we got together and drove to Half Moon Bay. We were talking about her different creative projects, and I can't remember how it happened, but I had some poems I had written with me. Why did I have them on me? I can't remember now. She must have asked me to bring them along so she could read them, because she is one of those ultra-supportive people who goes around doing things like that.

Okay, so we drove to Half Moon Bay, and she parked the car and then took me into this store that had a printing press. She marched straight to the back of the room to talk to a man behind the counter with ink all over his fingers, and started wheeling and dealing and talking numbers. I immediately zoned out, because I didn't know what was going on and there were literally thousands of distracting objects everywhere.

Then she turned to me and said, "Okay, so I taught myself book binding, and I'm going to take your poems home with me and read them again, then I'm going to draw some original illustrations to go along with them, and then I'll come back to this shop next week and they'll print them all off on this printing press, and I'll make them into books by sewing them together and adding original cover art and give them to you, and then you can send them off to some publishers if you want. So get out your papers and give them to me and then think of a title for your book while you're at it, and then let's go get something to eat."

I didn't know what to say, so I just kind of handed them over to her.

After a few minutes, I finally got back my powers of speech, and I told her she didn't have to do all of that. Instead of even like, considering not doing it, she just said, "No, I want them printed on a real printing press, or it won't look good, trust me." I tried to come back with, like, "No, I don't mean the printing press, I mean this entire thing you're doing for me, you don't have to. They aren't even that good [no, really, they weren't] like, you don't have to do this." She just blinked at me a few times and repeated how good this guy's printing press was, so I gave up on trying to talk her out of it and just switched to thanking her profusely.

Then we went to a cafe to get some food, and her dad walked in. I think it might have been a coincidence that he happened to walk in, or maybe she called him and invited him. I was really hungry by this time and still dazed from her generous offer. But whether or not it was planned, that meeting ended up yielding what is now one of my favorite memories.

Her dad was a very small but wiry Asian man (she was of mixed Asian/Hawaiian descent) with a crinkly smile, a beautiful walking stick he had made himself that was almost as tall as he was, and several missing teeth. He wore a white sleeveless shirt, loose, black, linen pants and sandals, very groovy for an old guy. He looked strong, but just a little bit fragile with age. He sat down and joined us, and she told me all about him, and told him about the books she was going to make for me, and some other projects she was working on. He kept smiling and saying, "Loey, just do it. Just do it." He was such a nice dad.

After a little while, it was about five o'clock or so and the sun was starting to get low in the sky, so we talked about heading home. But Loika insisted that we stop at her father's sculpture garden so I could see it.

We'd been driving a lot, and I was super broke back then so I hadn't really eaten much at the cafe, and I just remember feeling kind of confused about the fact that her dad had a sculpture garden, so the drive over there is a blur. When we got there, "it" was just a field or empty lot or something on the other side of the highway, the side closer to the ocean, and there was a kind of run down bungalow standing there. The land didn't have any defined borders, just a bunch of grass and a few trees and somewhere beyond were the cliffs overlooking the ocean. I think she said that the house was his studio, and he stayed there a lot? He did woodworking, and his car, by the way, was... amazing. It was an old station wagon with wood grain running around the sides, very similar to one my family had in the eighties. And it was FULL of woodworking tools. Like, the whole thing. It was like a rolling workshop. Why did he need all the tools in his car if he also had a house? It didn't matter, I approved wholeheartedly. And it also contained a bunch of drums, because apparently he was also a drummer, as was Loika's husband. 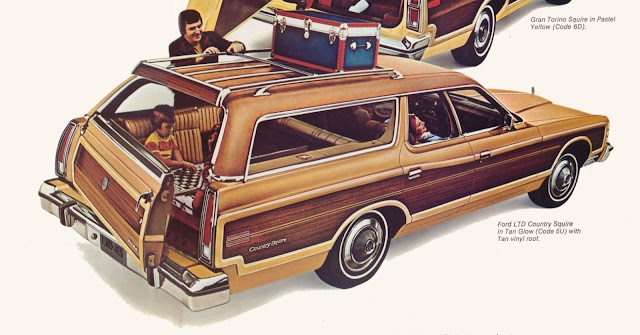 She and I got out of her car, he got out of the Greatest Car of All Time, and we all started walking through the tall grass, with traffic whooshing by along the highway and the sun starting to go down.

We had taken just a few steps when she said, "Here it is!"

It was just this little clearing in this nondescript lot alongside the highway, and it took a second for me to see the sculptures, because at first they just looked like fallen logs. But then I noticed that they were smooth and shiny, and deep reddish-brown. They were beautiful. It's hard to describe them, because they were abstract, but... They were large, natural shapes, just like fallen trees, but better. Curvier. Twistier. And they kind of glowed. They were arranged so naturally, like they had always been there, like a grove, it was like walking into a magical little mini-dimension.

I looked over at the cars and thought what a shame it was that people were driving right past these things of beauty and didn't even know they were there. Were they even on private property? Or were they just a gift of art to the world, like his daughter kept making and giving away for free? Even now as I write this, I'm a little stressed out because I'm wondering what happened to them. Surely that land must have been bought out and developed by now, and where did the sculptures go? I need to find her phone number so I can call her and ask. That's not a question to text.

We walked around the sculptures and touched them. I didn't take pictures, because I hadn't brought my camera, because in those days we didn't have phones with cameras on us at all times. We would often go weeks at a time without taking a single picture. I imagined this small man making large fallen trees into those beautiful twisted shapes with those old-fashioned tools, by hand, and understood why he still had muscles when he must have been close to 70.

We walked back to the cars and he asked if he could read some of my poems, since we had been talking about the books Loey was going to make from them. I said of course. He stood there next to the open car door, where I sat in the passenger's seat because we had been about to drive off and I figured he would just glance at a couple. He read them ALL, one after the other, said he liked them, and handed them back.

We were really about to go this time, Loey gave him a hug and said bye again, but then he held up one finger and said to her, "Hold on. I think I'll do one for her." She said all right, and asked me to get back out of the car. I did and asked what was going on. She replied totally matter-of-factly, "Oh just hang out for a second, he's going to drum for you. It's his way of giving you a blessing."

(No words. I mean what can you possibly say?)

He opened up the trunk of the station wagon/wondrous-item-container, took out a djembe drum, then leaned against the car with it balanced on his knees, and started to play.

He drummed a whole song for me right there alongside the highway, with the sun setting behind us and cars going by and his sculptures there among the trees and that cool old car. Loey and I stood silently and listened. It was at least five full minutes of drumming. I couldn't believe what was happening, but in the best way.

Then he was done, and smiled at me, and I practically cracked my face in half smiling back and thanked him. Then we all said bye one last time and left.

That night, I called my mom and told her what happened, and she said, "You know, you should stay out there in California. Those are your kind of people."

And she was right, I probably should have.

But I was young and foolish.