Despair Is Not An Option

I was having a really bad time. There's been more going on than I'm willing to share on the internet, and it's taken a toll. I wouldn't change it, but I'm an emotional creature, and this year has been surprising and confusing and wonderful and painful and weird.

So like, the weekend and today were not great, emotionally. I don't know for sure why. Sometimes weekends are oddly just worse for me than weekdays, because the weekdays are busier and you kind of bustle around and have distractions. And you just get little pockets of time to really think about things, rather than having more free time kind of yawning before you like the maw of a mythical beast.

Whatever, so anyway I was sad all day yesterday even though I was at the beach, and I went to bed last night sad and so, so sunburned.

Let me just pause to talk about this friggin' sunburn, guys. I just felt really good lying in the sun and I forgot to reapply my sunscreen. Then it turned out I laid out for over an hour in south Texas at high noon.

Last night I was actually burgundy colored. It was concerning. Like, I probably could have gone to the doctor and not been laughed out of the waiting room. I'm still very, very red. It's starting to get lighter but it really hurts and I feel like, really cold in normal temperatures. (It's okay to laugh at this part. I am.) I'm worried that now I'm going to start rapidly aging in a horrible way, like I was leaving Shangri-La. I'll be fine in a couple of days, and I'll bring my skin back to its semi-youthful-for-someone-in-their-mid-thirties state, I have a pretty solid regimen to fall back on.

So, I woke up sad. And I started to think like, why is it that I can't compartmentalize better? It seems like "everyone else" either really is fine all the time, or they fake it so much better than I do. Like, I'm not okay, I'm feeling a lot of very difficult feelings, and I have a really hard time just being all, "Oh well, that's the way the ball bounces, tough luck!" and then focusing on other things.

I can't lie, not even to myself, and I really wish I could.

Okay, if I really needed to lie, like in a time of war or to protect someone from another person who was out to harm them, then obviously, yes I could and would lie. When the revolution comes, I got your back, comrades. Sí, se puede! But I mean about everything else. 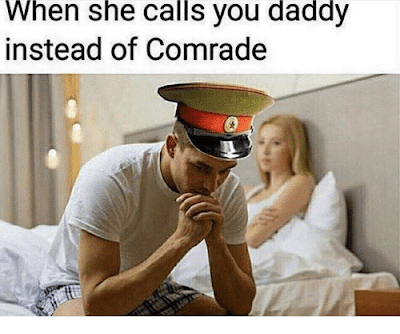 People tell me it's a good thing, to just like, feel life for real as it's happening, but trust me, you don't want to be this way. No one ever joins you in the arena. There's no, "I am Spartacus," moment when you're putting it all out there and people come and stand by your side. Instead they either sneak up to you afterwards and pat you on the back and say, "Hey way to go, you really left it all out there. Good for you!" and then they go back to normal. Or they just talk shit about you and laugh.


(I recently learned how to embed links into my blog posts and I'm definitely being subtle about it.)

Or maybe it's that they really are stronger than I am, and they just grit their teeth and endure it. That's probably it.

So, anyway. I felt really hopeless. What is the point of a fake life? Even if there is such a thing as reincarnation, and we have more chances to get things right, we won't look the same or talk the same, and wouldn't you rather live for realsies this time around? I know I would.

But I wasn't saying that, I was more like... Well, let's just say I wasn't perky. I say all these things with humor interspersed so you won't feel badly reading this. Don't feel bad. I don't want you to. Here. Look at this:

Feel better? Me too.

There's this song I heard for the first time not too long ago, and it's about God and magic. It's weird and beautiful (the best combination), and in spite of myself, it gives me hope. I remembered it then, and I kind of lifted a little tendril up to the sky, asking for help.

Then a friend posted this poem on that horrible blue website of despair:

The Seven of Pentacles by Marge Piercy


"Under a sky the color of pea soup
she is looking at her work growing away there
actively, thickly like grapevines or pole beans
as things grow in the real world, slowly enough.
If you tend them properly, if you mulch, if you water,
if you provide birds that eat insects a home and winter food,
if the sun shines and you pick off caterpillars,
if the praying mantis comes and the ladybugs and the bees,
then the plants flourish, but at their own internal clock.

Connections are made slowly, sometimes they grow underground.
You cannot tell always by looking what is happening.
More than half the tree is spread out in the soil under your feet.
Penetrate quietly as the earthworm that blows no trumpet.
Fight persistently as the creeper that brings down the tree.
Spread like the squash plant that overruns the garden.
Gnaw in the dark and use the sun to make sugar.

Weave real connections, create real nodes, build real houses.
Live a life you can endure: Make love that is loving.
Keep tangling and interweaving and taking more in,
a thicket and bramble wilderness to the outside but to us
interconnected with rabbit runs and burrows and lairs.

Live as if you liked yourself, and it may happen:
reach out, keep reaching out, keep bringing in.
This is how we are going to live for a long time: not always,
for every gardener knows that after the digging, after
the planting,
after the long season of tending and growth, the harvest comes."

Then this random dude from Tinder texted me. I've never met up with him, and frankly I don't really want to be meeting up with people right now, but if someone politely asks for my number I usually just give it out because it takes guts to ask, and I can always ask them to stop contacting me if need be. I was like listen, you might want to run in the opposite direction because I'm a hot mess right now and I don't want to like, meet up or anything. And he was like that's ok, but what's wrong? I told him the whole truth about everything, even the parts I won't post here. He was like, ah yeah, that kind of thing has happened to me before. Then he asked me what kind of life do I want and said I need to go out in nature, and just kept on chatting for a while. I was like, um wow thanks. And I meant it sincerely. Thanks for being a friend to a stranger.

Maybe things like magic are real. And maybe "even I" can't see everything from my vantage point. Maybe I'm not the only one who's finding this life to be difficult, even when our problems are just silly first world ones, and we have enough to eat and drink and a safe warm bed to sleep in. And maybe one day things will change and love won't be a stranger. Maybe I'm not the only one hoping so.

All right. Back to the arena. Good talk, I'll see you out there. 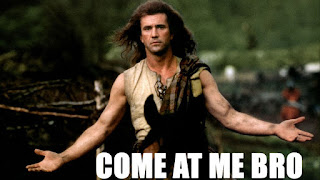